A night out at the circus is meant to be a fun family event. But for animals in the Loomis Bros Circus, it is nothing short of torturous. Elephants are forced to perform on slippery grounds, threatened with electric pods, and denied bathroom use. Tigers are sprayed in the eyes with cayenne pepper to force obedience. Claryse started her petition because she knows these animals don’t deserve to live in these conditions for our entertainment. She’s calling on the circus to stop abusing animals and become animal-free. 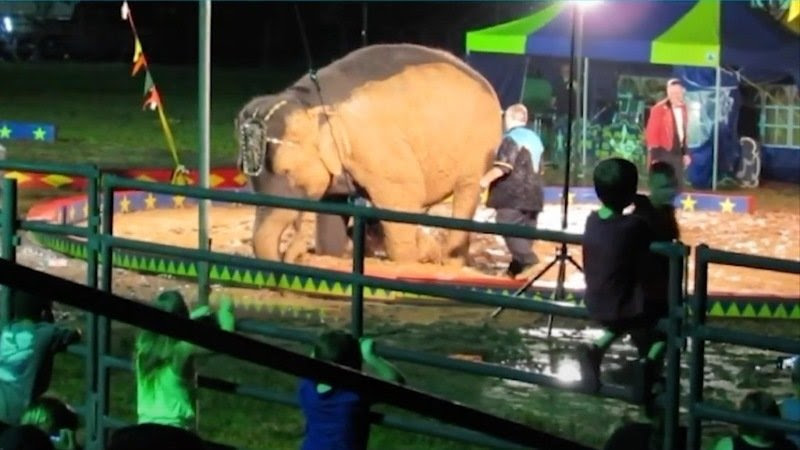 Elephants performing for Loomis Bros Circus are facing extreme abuse. Throughout various performances, elephants have been forced to work on slippery grounds, denied permittance to the bathroom, and threatened with bullhooks and electric prods.

Other animals are suffering at the hands of this notoriously cruel circus, too. Brian Franzen, who exhibits big cats at the Loomis Bros. Circus and Shrine circuses, has said he “sprays cayenne pepper in tigers’ eyes and noses when they refuse to obey (his) commands.”

Despite the mistreatment of animals in many circuses, state anti-cruelty laws do not always cover these animals. Find out the laws in your state here (scroll to section III sub-section B) and let your local government know that animal rights are our concern.

Animals are not ours to experiment on, eat, wear, use for entertainment, or abuse in any other way.